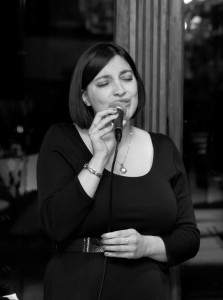 Press Release: “Jazz Then and Now” at The Registry Theatre, Kitchener

Join singer Mary-Catherine Pazzano and the Phoenix Jazz Group for a special double bill concert, “Jazz Then and Now”!

Phoenix Jazz Group, led by John McLelland, will showcase some of their original repertoire (composed by McLelland), and featured on their CDs “Extensions” and “Intrinsic Value”.

Tickets available here or from me directly.